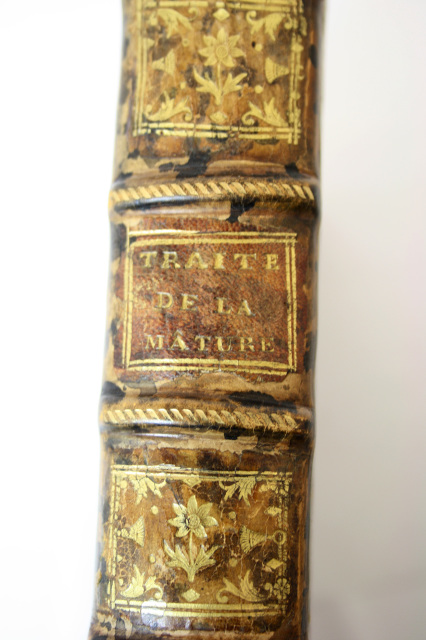 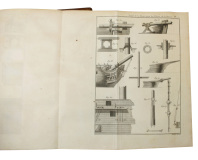 A very good copy of ‚ 'An important eighteenth century French treatise on masting and rigging' [MacDonald 257]; rare with only two copies for auction in the last thirty-five years. [APBC]

First edition of an extensive manual and text book on all aspects of ship building, especially ships for the French navy. The section on masting begins with two chapters on different rigs, and includes a great deal of practical information, including much on sails, and the whole rigging of a ship, technical as well as practical, not only for the large sea-fearing ships, but also for the smaller vessels. The plates show typical rigging for various vessel types, geometry involved, the making of compound masts, and a handsome three-part plate of a crew getting a huge mast out.

A second edition appeared in 1815, and a reprint edition in 1979. Forfait wrote several other works including ‚ 'Lettres d'un observateur sur la Marine', 1802.

The author, Pierre Alexandre Laurent Forfait (1752-1807), was a French engineer, hydrographer and politician, and Minister of the Navy. He became Napoleon Bonaparte's first Minister of the navy after the 18 Brumaire. He was a member of the Acadamie Royale de Marine, and later of l'Academie des Sciences, to which he contributed numerous memoirs. He was charged with the creation of a French fleet of packet-boats for a regular transatlantic service to the French colonies.